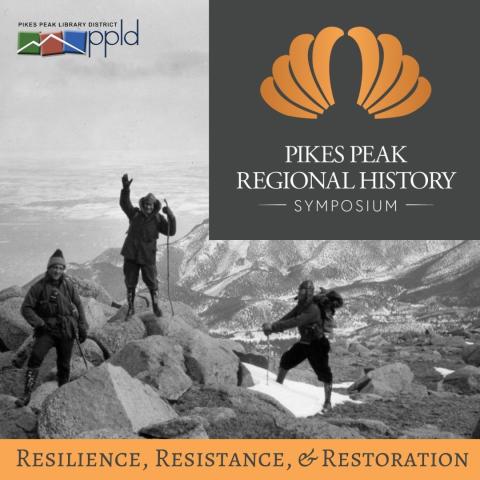 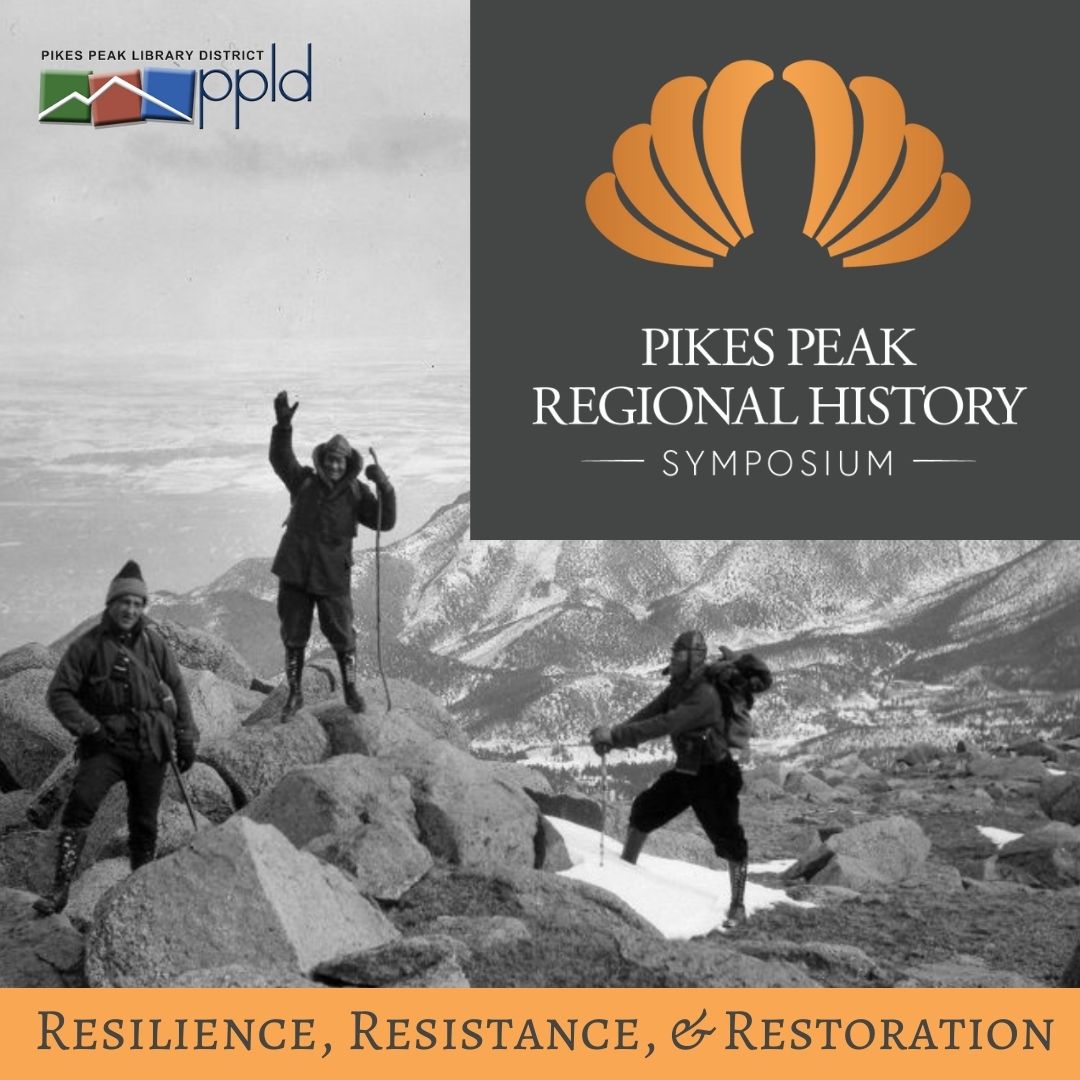 Teens , Adults , Seniors
Registration for this event is no longer open.

Pikes Peak Library District is excited to announce our 19th annual Regional History Symposium: Resilience, Resistance, & Restoration. Our speakers will explore the challenges and triumphs of the people and communities of the Pikes Peak Region over the course of two program sessions. Visit the Pikes Peak Regional History Symposium (Part 2) calendar listing for details about our virtual July session!

For program schedule and presenter biographies, please see the program document attached to this calendar listing.

For most Coloradoans, the press was the dominant, and often sole, source of information on and about Chinese migrants at the turn of the 20th century -- the “Celestial” others depicted in black ink by white journalists. Relying on hundreds of newspaper articles from the period, this talk examines the lives and experiences of two Chinese migrants in the Pikes Peak region: China Jim, an entrepreneur in Colorado Springs, and Dr. Chung Sing, a practitioner of traditional Chinese medicine in Pueblo. Further, this talk challenges much of the existing historiography and the prevailing narrative of Chinese migrants in the American West as voiceless victims silently acquiescent to discriminatory actions aimed at limiting their success.

Julie Haverluk: Silver Fox Farming in El Paso County, 1920-1950: The Rise and Fall of an Industry

The name of Fox Run Regional Park is one of the last vestiges of an industry which once thrived in the region from the 1920s to 1950s but has left few traces. The rapid rise and dramatic decline of silver fox farming brought surprising prosperity to struggling ranchers and hardy investors for several decades before national and international market forces and cultural change led to its abrupt decline.

This talk will explain how Dominic Mollica’s legacy lives on in the Colorado Spring’s community. It will summarize Dominic Mollica’s life, providing context about the kind of man Mollica was and how Colorado Springs provided him with opportunities to leave a respectful legacy. It will also examine the value he added to the Air Academy District Twenty community and analyzing the accomplishments and awards Mollica received. This presentation blends family history with community history.

Eric Metzger: A Decision at Stones River: Henry McAllister’s Loyalty to Palmer and to the Union Cause Amidst the Civil War

Early in the Civil War, Colonel Palmer, Commander of the 15th Pennsylvania Volunteer Cavalry, was captured by Confederate troops and imprisoned. The loss of their commander sent the 15th into a general state of chaos and confusion that came to a head outside of Nashville, Tennessee as they were preparing to go into battle at Stones River. In the days prior to the battle at Stones River, the men of the 15th were each making an important decision in their military lives, to participate in the battle at Stones River or lay down their arms and refuse a direct order to march into battle. Henry McAllister, at the time a 1st Sergeant of Company L, also made a decision that day, to remain loyal to the Union cause and march into battle. McAllister was wounded in battle and survived. Two months later Palmer was released from captivity and rejoined his men in Nashville, where he quickly promoted McAllister to 1st Lieutenant. The two would remain close for the rest of their lives, eventually partnering to build a railroad and a town in Colorado.

Faced with need to reforest over-harvested national forests, the U. S. Forest Service began a tree nursery in the region. They first attempted growing trees at three sites on Pikes Peak. All three failed, but a site near the town of Monument successfully produced 72,000,000 trees during its 58-year history.